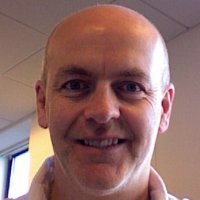 Mick O’Doherty works for Irdeto as a Technical Solutions Manager, focused on working with partners in the video content security domain.

Mick is originally from Dublin, Ireland and has worked in a number of countries over the last 20 years, mainly the UK, Turkey and Canada. His background is in telecoms software and systems development, but he has also worked on the operator side of the table, chiefly with Vodafone in the UK and Eir, the national operator in Ireland. At Eir, he was involved, amongst other things, with the launch of a new IPTV service. He has also worked with a number of web and mobile start-ups, mainly in the West of Ireland.

Mick has previously worked in standards in the Java JAIN area and supported standards efforts in the SIP domain. He has a BSC in Computer Applications from Dublin City University and a MSC in Advanced Software Engineering from University College Dublin.