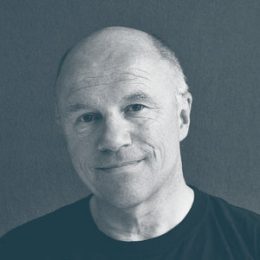 Rob Koenen is a co-Founder and the Chief Business Officer of Tiledmedia, the leading tiled VR streaming company. Rob is also one of VRIF’s founders, and served as its President in 2017 and 2018.

Mr. Koenen’s activities include the development of multimedia technologies, systems and standards, and their application in novel services. Mr. Koenen received his MSEE (‘ingenieur’) degree in 1989 from Delft University of Technology in The Netherlands where he studied electrical engineering, specializing in information theory.

Rob has held many leading roles in multimedia standardization initiatives. He chaired MPEG’s Requirements Group from 1996 to 2005, and played a key role in the development of the MPEG-4 standard. He is co-editor of the MPEG-4 Systems Standard, initiated the MPEG Industry Forum in 1999, and served as its President for the first five years, successfully bringing MPEG-4 technology from a paper specification to a dominant market force. Working on interoperable Digital Rights Management technology, Rob served as Officer of the Marlin Developer Community and the Marlin Trust Management Organization from 2007 to 2011. Currently, Mr. Koenen served as an elected member on the Steering Group of HbbTV (hbbtv.org) for two 2-year periods. Mr. Koenen is a Senior Member of IEEE, holds a number of patents on automated video quality assessment and other multimedia technologies, and is the recipient of the 1997 KPN Research ‘Diana’ award for outstanding research.